In the method "Battle Workshop" we have two groups, each in a extreme position or opinion. A third group observs what is going in and give each round feedback and summarys to the hole group. 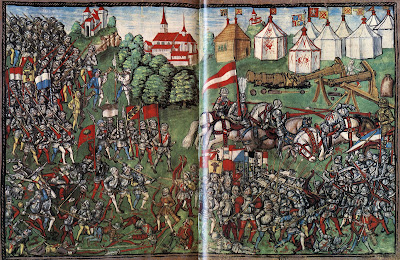 What a feeling to have a group which is reaching a goal together. No one have the feeling that someone did not give all his power and passion to that goal. That is stuff from which are high perfomance team made. To count on everyones will to get to the next goal.

Or is this all a feeling we should only have in our spare time, when we have really fun. Maybe to have a hike together and reach the top of a mountain. At work we have to sit, be quiet and deliver what was commanded. Only this way an organisation can have success.

We go together in the groups and make a battle plan, write down some arguments.
We argument with all we have against the other team for a certain time. You will recongnize when the energie is up. In my workshops it differs between 5 and 10min.
To make it even smarter you can can separate the group so they do not see each other. So they have to listen active and carefully to one another and the gestiks or eye rollers are not relevant.
Beneath you will have the supervisor group which notes what is going on in the battle. They note meta information and also hard facts which the both teams smash against each other.
Do not forget to bring some fun in it, not that you have to intervate if it is going to be physical 😉.
After the first round and the supervisor give a summary of what had going on, you can start a further round. Maybe you can give them the advise to check out common senses.

After two runs around 10min and the summary, normally I started a diskussion with the group. How they feel in their role? Was it easy to argument? Who wins the battle?

This workshop is intensiv, fun and brings you new insights to the other opinion. You learn better understanding the other part, you learn listen actively and carefully. Try it out, and let me know your learnings.

You can run this battle workshop with any theme where you have two opinions or options. 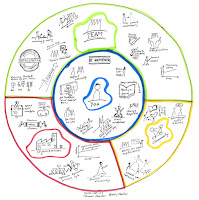 ScrumMaster - ThatMatters Most important for a ScrumMaster is to look after himself. For you it will be essential to live what you belief in and hold the flag upright. You have to be agile, not acting agile. Working on your facilitator, teacher, mentor, leader role and striving for excellence. It is hard work, because of the diversity, but in my opinion the most complete role you can have. How you can do that? Read books, follow the world agile leaders, conferences, local community and most important experiment with your idea, inspect and adapt. For this, change your flight height to see more in the hole context, what is going on in your team and with yourself. If you read further, your will find the most important things in my opinion, that matters to you. There are more points to look after, belief me. Picture Description Be Authentic means, not lying to yourself. I feel this as a very central aspect in the work of leader roles. Spec
Mehr anzeigen

ScrumMaster - ThatMatters We all can profit from a free framework we apply to our organization. On Scrum.org you get free certifications to different level of Scrum. So we are engaged to give something back to the community. You will find Usergroups, Agile meetups around your location. They welcome you a lot. Everyone has something to say and contribute to the community. Do not crumble in your office, get out of it, tell your story and you will get help or suggestions that can help you overcome with your situation. The internet is a really good source of knowledge. But nothing is better than the exchange with each other. Picture Description We fight for the same thing, so let's learn from each other. Tell your story, experiment with new things and report about it . A network inside and outside the company helps you to get feedback and other views. Learn new knowledge and no- knowledge and stay on the pulse of the agile movement . Certainly agile enth
Mehr anzeigen